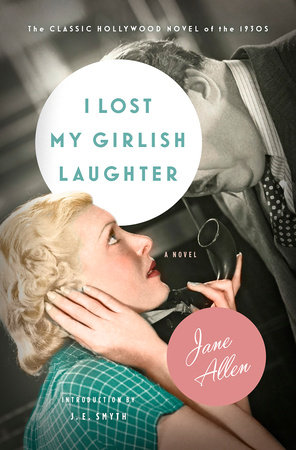 Madge Lawrence, fresh off the train from New York City, lands a job as the personal secretary to the powerful Hollywood producer Sidney Brand (based on Selznick). In a series of letters home to her aunt and girlfriends, Western Union telegrams, office memos, Hollywood gossip newspaper items, and diary entries, we get served up the inside scoop on all the shenanigans, romances, backroom deals, and betrayals that go into making a movie.
The action revolves around the production of Brand’s latest blockbuster, meant to be a star vehicle to introduce his new European bombshell (based in part on the real-life Marlene Dietrich). Never mind that the actress can’t act,  Brand’s negotiations with MGM to get Clark Gable to play the male lead are getting nowhere, and the Broadway play he’s bought for the screenplay is reworked so that it is unrecognizable to its author. In this delicious satire of the film business, one is never very far from the truth of what makes Hollywood tick and why we all love it.

“I Lost My Girlish Laughter is a must-read for any fan of classic Hollywood. The immense and hilarious insights about movie-making are ones that could have only been gleaned by someone who was ‘in the biz.’ And the way the story is told—through studio memos, telegrams, letters and diary entries—makes you feel as if you’ve been given a sneak peek into a secret world. A really fun book that you will not want to put down!” —Alicia Malone, host Turner Classic Movies

“Hilarious!  This is everybody’s idea of the comedy version of old Hollywood.  Is it true, or a clever hoax?  Either way it’s a wonderfully funny read and a great opportunity to play ‘spot the real person being satirized.’  I can’t wait to see it in movie form.”  —Jeanine Basinger, author of The Movie Musical

“This delicious satire of old Hollywood, originally published in 1938 and largely unknown even by cinephiles, gets a welcome reissue. . . . The characters and plot are so thinly veiled that the authors decided a single pseudonym was the wisest path to publication, as film scholar J.E. Smyth explains in her thoughtful introduction. This novel is a hell of a lot of fun.” —Kirkus (starred review)

“Old-movie buffs and lovers of Hollywood gossip will geek out on this fun, satirical read.” —Booklist

“First published in 1938, I Lost My Girlish Laughter recaptures the behind-the-scenes glamour, drama, zaniness and betrayal of the Golden Age of Hollywood. At the same time, this ‘lost’ novel—written under a pen name by a secretary to David O. Selznick, who produced the original A Star is Born, as well as Gone With the Wind—is as contemporary as today’s headlines, proving that when it comes to silver screen dreams, human nature never changes.” —John Wiley, Jr., editor and author of The Scarlett Letters: The Making of the Film Gone With the Wind